The dangers of meth are many. In part, meth abuse is so dangerous because this drug has an incredible ability to release dopamine in the brain, which creates intense feelings of pleasure. It also blocks the brain's natural ability to reabsorb dopamine, creating a lasting high. However, chronic meth abuse dramatically changes the way the brain functions, including reduced motor skills and impaired verbal learning. Longtime users generally have noticeable emotional and cognitive problems.

What are the medical complications and dangers of meth? 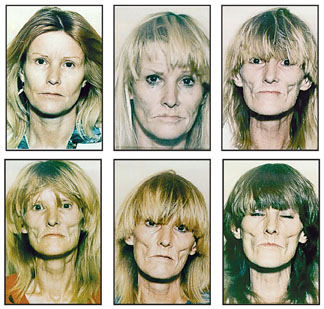 Meth can cause a variety of cardiovascular problems. These include rapid heart rate, irregular heartbeat, increased blood pressure, and irreversible, stroke-producing damage to small blood vessels in the brain. Hypothermia (decreased body temperature) and convulsions occur with meth overdoses, and if not treated immediately, these overdose symptoms can result in death.

For those who habitually abuse this drug, the dangers of meth can result in inflammation of the heart lining, and among users who inject the drug, damaged blood vessels and skin abscesses. Meth abusers also can have episodes of violent behavior, paranoia, anxiety, confusion, and insomnia. Heavy users also show progressive social and occupational deterioration. Psychotic symptoms can sometimes persist for months or years after use has ceased.

The dangers of meth also include fetal exposure to meth. This is a significant problem here in the United States. At present, research indicates that meth abuse during pregnancy may result in prenatal complications, increased rates of premature delivery, and altered neonatal behavioral patterns, such as abnormal reflexes and extreme irritability. Meth abuse during pregnancy may also be linked to congenital deformities.

The signs in Las Vegas of the "Faces of Meth"Â' victims are only too true for those who have been through the dangers of meth. This stimulant drug lowers the user's appetite which leaves their body looking worn. The sunken cheeks of a meth addict are indicative of the poor diet from the drug. This drug keeps drug addicts awake for days, and they feel no desire to eat. Their poor diet takes a direct toll on their skin, hair, and especially the teeth.

Another one of the dangers of meth includes "meth mouth"Â', where the addict's mouth is filled with decay and missing teeth. "Meth mouth"Â' happens because meth lowers the secretion of the saliva in the mouth. The decreased amounts of saliva allow the acidic components in the mouth to chew away the meth addict's enamel in their teeth which causes them to rot and decay.

The dangers of meth use also include overdose.

Meth overdose can occur at low levels, even as low as 50 mg of meth. Because people have varying metabolic rates and meth can be produced in different strengths, it is impossible to determine a "safe" level of meth that won't harm the body. Additionally, meth stimulants work by affecting the body's cardiovascular systems, so things like physical exertion increase the hazards of taking meth because they put an extra large strain on the body.

Some symptoms of meth overdose include: