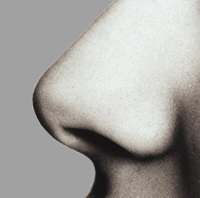 What does meth smell like? To start, a meth user's body odor tends to be a sharp chemical smell. Kind of like a mixture of vinegar and ammonia, primarily due to the fact that highly toxic and non-biodegradable chemicals are used in the manufacture of the drug. When the active ingredient (hydrogenated pseudoephedrine, or in the old days ephedra) is absorbed by the body, the remaining manufacture chemicals (as well as whatever else was used) are dumped into the body's waste disposal system. Additionally, chronic meth users tend not to shower, so if the odor worsens over time that's a good indicator.

Next, when it comes to answering the question, "What does meth smell like?" let's look at meth labs. A meth lab is an illegal drug manufacturing site containing materials required to manufacture meth. Meth is made from common household items that are readily available at supermarkets and hardware stores. When these ingredients are mixed together or "cooked" to produce the drug, they generate a large amount of chemical waste. This waste is typically dumped down the drain, but may be stored, buried, or dumped elsewhere on the property.

What does meth smell like? Meth labs emit noxious and extremely strong odors that are hard to cover up. A meth lab can have a strong uncommonly sweet smell; not like a perfume, but something more like a lightly scented cleaning chemical. There is a point in the process where it may smell like a gas leak or rotten eggs. Some of the odors related to a meth lab have been described as smelling like:

Additionally, when it come to "What does meth smell like?"Â', if you were living next to or near by a meth lab you would probably smell these things repeatedly. Sometimes meth cooks will cover the windows with tin foil to keep the scent from escaping and people from seeing in. Spotting a meth lab can be tough, but the smell is generally a tell-tale sign. The ingredients used in making meth are extremely toxic and flammable. If you are concerned about the possibility that there may be a meth lab near you; call the fire department or police and have them investigate.

In addition to the question of, "What does meth smell like?" let"s look at some other indications of meth use and abuse.