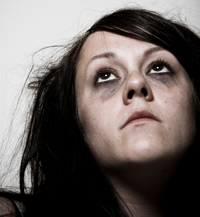 Recently there have been many studies on teenage meth abuse. One such study shows that 1 in 33 U.S. teens has tried meth, nearly a quarter say it would be easy to get meth, and some see benefits to meth use. The survey included about 2,600 students aged 12-17 at 43 public, private, and parochial junior and senior high schools nationwide. The margin of error is on average +/- 2 percentage points.

During class last spring, the students completed the confidential surveys about methamphetamine (meth) use. The results show that most teens haven't tried meth. But many say they could get meth pretty easily if they tried.

Another study on teenage meth abuse found that nearly a quarter of teens say it would be "very easy" or "somewhat easy" to gain access to methamphetamine.  One in three teens also believes there is only a "slight risk" or "no risk" in trying meth once or twice, according to the study by The Meth Project, a nonprofit anti-drug group that produces gritty ads to show the perils of meth abuse.

Additional info from this second study on teenage meth abuse found that approximately one in four teens said there are benefits to using meth. Twenty-four percent of teens agreed with the statement that meth "makes you feel euphoric or very happy," while 22 percent said meth "helps you lose weight" and 22 percent said it "helps you deal with boredom."

Lawmakers and government officials said that this survey on teenage meth abuse highlights the need for an aggressive public education campaign to inform kids about the dangers of this highly addictive stimulant.

"For kids, meth is death," said Dr. Julie Gerberding, head of the federal Centers for Disease Control and Prevention. "And if we really want to do something about improving the survival of our adolescents and help them become healthy adults, we've got to tackle this problem head on."

A third study on teenage meth abuse shows 35 percent of teenagers think there's little or no risk in trying the drug, and that's a trend experts say needs to stop. Since January, the Effingham County Georgia sheriff's office has arrested 20 people on meth-related charges and shut down eight meth labs.

This is a drug 4-5 times more powerful than crack cocaine. Georgia ranks third in the country for teenage meth abuse, said Jim Langford, executive director of the Georgia Meth Project. The Georgia Meth Project brought their message to Effingham County Tuesday. Experts talked about the dangers of teenage meth abuse and the cost. The cost to Georgia is $1.3 billion a year in everything from lost productivity to healthcare costs, foster care costs, all kinds of things, said Langford.

Teenage Meth Abuse: What to Look for